After we left Cornwall, we found ourselves again in Devon, for a stop in the twin town: Lynton & Lynmouth. Just north of the famous Exmoor National Park.

Nestled in cliffs and tree-lined hills, the Twin villages are different from other places in the South of England. While Lynmouth is by the sea with a busy harbor, pubs and souvenir shops, Lynton has made itself comfortable on the cliffs above Lynmouth.

Lynmouth feels more quaint and more tied by its location. Lynton, on the other hand, is more open, and from half the place, we had a fantastic view over Lynmouth and the sea. A steep path connects the two. If you want something a little more comfortable, enjoy a short ride on the old, steep railway built into the hillside.

We went to Bath in Somerset. Famous in every travel guide for the exquisite Roman and Georgian architecture and of course, for the best-preserved Roman bathhouses in the world.

When we arrived in Bath, I had to think of Jane Austen’s first (Persuasion) and last (Northanger Abbey) novel. Both released six months after her death.

When Jane Austen made Bath their home from 1801 to 1806, the city was a thriving health resort popular among high-society. To explore Bath through the eyes of Jane Austen, take a free audio walking tour. Always a good tip to explore a small town.

Bath is one of the best-preserved Roman bathhouses in the world. Hot springs with a temperature of 46 ° C are bubbling here.

One of the most significant Georgian buildings in the UK, Circus and Royal Crescent, is here. Their construction made Bath the object of 18th-century society.

Our next stop was completely unplanned in Wells. We had turned off the GPS and drove through the villages to explore. When we saw the church tower dipped in gold from the evening sun, we stopped for a quick look.

We explored the magnificent medieval cathedral. It was one of those special moments: Through the vast, gigantic church windows, the setting sun glowed in all colors into the heart of the empty church. Just us and the organ player, who played one piece followed by the next and next. Powerful and dense. Wonderful.

On the way back, we found a red weather cover – those park sheriffs use for fines – under our wipers. Well, fine, I thought to myself, and took the cover and was astounded when I found it empty. A warning? A mistake? We would never know. In over two years, we only got one ticket – a parking penalty in Montreal, Canada.

Ley lines converge, witches gather, and in every shop, there is a smell of glowing incense sticks in good old Glastonbury.

Glastonbury has a past: The iconic gate of the city was an essential pagan site and is referred to by some as the mythical island of Avalon – King Arthur’s final resting place. It is also allegedly one of the largest spiritual hubs in the world and marks the meeting point of many mystical lines of force.

We did not feel like our chakras needed Glastonbury, and so we enjoyed the sunset from the hill and continued towards Stonehenge.

Welcome to the most famous archaeological site in the United Kingdom. This ring of monolithic stones has attracted a steady stream of pilgrims, poets, and philosophers for 5000 years. While there are many books on Stonehenge and detailing history, meaning, and more, I was intrigued by the question of why? What has kept and attracted people to this place for about such a long time from about 8,500 to about 1,600 BCE? We will never know.

We once again saved the admittance for one of the most famous stone circles in the world and gazed at it from the street.

The next stop on our UK trip would have been the Lake District. Unfortunately, the rainy season started, and according to the weather forecast, this did not seem to change. So we drove straight to Scotland.

We are in Tulum 🏖️. Sorry guys, for not keepi 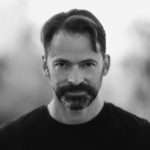 The Difference Between England, Britain and the U.K